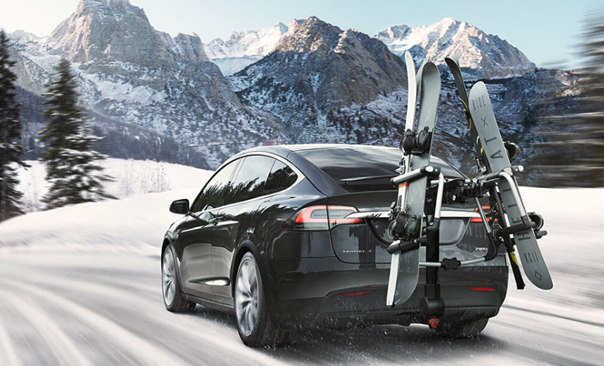 Autonomous vehicles are expected to be huge energy savers

A self-driving car or autonomous car is a vehicle that is capable of driving with little or even no human input by sensing it environment and moving itself. Autonomous vehicles combine a variety of sensors to perceive their surroundings, such as radar, lidar, sonar, GPS, odometer and inertial measurement units. Advanced control systems interpret sensory information to identify appropriate navigation paths, as well as obstacles and relevant signage.

These autonomous vehicles are claimed to be huge energy saver by their automakers.

The first argument is that, contrary to human drivers, who tend to ride the gas and brakes heavier than necessary, and then burn excessive fuel, autonomous vehicles are programmed to operate at maximum fuel-efficiency all the time.

Moreover, almost all of the autonomous cars are electric cars because of the engineering reason – an electric car needs more electrical brainpower to manage the vision, guidance and mapping technology and process the ever-growing volume of software coding. As automakers build their autonomous vehicles, they tends to reduce fuel need by opting either for a hybrid of gasoline and electric suffice or even to run purely on battery technology.

With that, comes another argument that cars with battery-powered do not emit climate damaging greenhouse gases or health-harming nitrogen oxide[i]. They are quiet and easy to operate. â€œZero emissions. Zero crashes. Zero congestionâ€ is their commitment to battery-electric propulsion.

Indeed, with revelations about auto industry cheating on CO2 emissions tests, many consumers feel deceived. Refusing to be a victim of this deception, many eco-friendly citizens are considering buying autonomous cars with electric-battery for the sake of the environment.

But how eco-friendly are these cars?

Beyond all of the advantages above, battery-powered are not that clean and eco-friendly for several reasons.

Firstly, electric-based vehicles require large amounts of electricity and if the extra electricity isn’t generated by renewable energy, then overall CO2 emissions will just increase. The only way that electric-powered vehicles could reduce global carbon emissions would be that all the additional electricity needed to power them came from carbon-free energies. But, for now, the world’s energy infrastructure is based on fossil fuels. It will take decades for us to be able to change completely into more sustainable source of electricity such as solar, wind, geothermal, hydropower and ocean energy.

Secondly, the energy-intensive battery production emitted more CO2 than expected. The Fraunhofer Institute for Building Physics estimates that each kilowatt/hour of battery capacity involves 125 kilograms (276 pounds) of CO2 emissions. For a 22 kilowatt-hour battery for a BMW i3, this translates into almost 3 tons of CO2.Â  While the cars themselves while driving on the streets produce fewer emissions, CO2 is still produced by power plants to recharge the electric cars.

A new battery that comes out of the factory already emit the similar amount of CO2 than the amount of a traditional gasoline car in their entire life of circulation. Therefore, under present conditions, the overall carbon footprint of a battery-powered car “is similar to that of a conventional car with a combustion engine, regardless of its size.”Â  That is the conclusion of a 2011 study by the Institute for Energy and Environmental Research (IFEU) in Heidelberg.

Switching to electric vehicles: a good solution for global environment?

In many cases, governments are encouraging this transition from fuel-powered to electric-powered vehicles by many ways: from reducing taxes to increasing purchasing bonus on electric cars. The list includes many countries from all over the world such as Germany, France, Japan, Korean, UK, in certain cities of China etc… These vehicles seem to be a quick solution to government’s societal needs: reaching national targets for reducing greenhouse gas emissions, and tackling air pollution in city centers.

But in fact, this transition won’t change much. The battery of these electric cars is relied on the lithium-ion technology. All the factories that make this kind of battery are in Asian countries like China or South American countries. We are basically just shifting CO2 emissions off roads onto power plants and that also means shifting the pollution out of certain places than move it to the other side of the world. We have to keep in mind that environmental crisis is all over the world, not a problem of one single country.

Finally, next time, if you feel like buying an autonomous car, just have fun, but do not use environment as an excuse. The pollution in our digital environment are already to the point that we cannot return anymore. Promises of greener technologies until now seem to be able to resolve certain problem but then create new other issues.