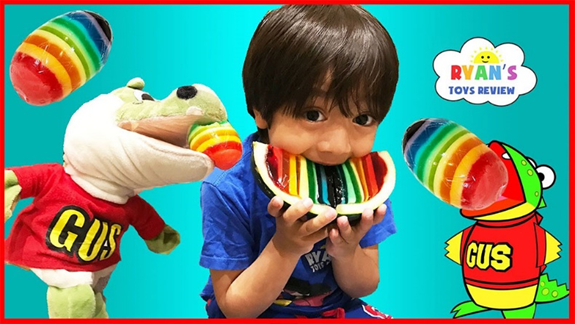 In our age of digital and Internet, everything has changed, including family lifestyle. Nowadays, it is not a new thing to see mummies and daddies turn the lives of their kids into an online spectacle. But, can we be sure that the childrenâ€™s right is not violated? It is needed for a legal protection for these Youtube star kids?

Family vlogging: not an alien concept in 2019.

Family daily vlogging is nothing new. From all over the world, we see different family vlogging their daily life on Youtube.

In the States, The Atwood family of RomanAtwoodVlogs has the most subscribers of any family on YouTube, with 15.1 million. The Shaytards, an American family with five children and over 5.1 million YouTube subscribers, have recorded every day of their lives for the past ten years.

Family vlogging is on the rise in UK and hundreds of Britons are now following the trend. Jonathan and Anna Saccone-Joly have been filming their children Emilia and Eduardo literally since the moment of their births, and they are viewed by 1.9 million subscribers.

In France, on successful French YouTube channels, parents or relatives stage their children to do things in front of the camera. This could be anything from unpacking new toys, testing new food and candy, doing some challenges or singing. For example, Studio Bubble Tea claims to be the first French family channel to break into YouTube, Swan The Voice (more than 2 million subscribers), there are Demo Jouets, etc.

In Singapore, we have Ryan, the highest-paid YouTube sensation and star of Ryan ToysReview, who just turned 7 years-old last year. He makes S$30 million a year reviewing toys on YouTube.

So what made family vlogging famous and so different from other forms of Youtubing? Family vloggers are unique as they appeal to a widespread audience: there are males and females, adults and younger viewers. Marketers can leverage the following of family vloggers to advertise products specifically aimed at children or family use.

It sounds like such a great idea. Who doesn’t love watching the cute little kids running around dancing, singing or even just testing out candies? However, as it includes children, this became such a lucrative activity, poorly framed, which causes an ethical and legal controversy.

Is it really the kids’ hobbies?

At first glance, it all seems harmless enough for families to do their daily routine or test out new toys. But who can be sure that kids are doing things out of their own will and not of pressure from their parents?

However, it is needed to note that children may find it difficult to contradict an adult’s suggestion to participate. For younger children like babies and toddlers cannot even verbally consent. So how can we be sure that the children’s opinions are respected?

The line between consent, privacy, respect and violation of rights is thin. Because apparently, not all parents have the same measurement. A father filmed his daughters aged 9 and 7 in their daily lives or for promotional videos. But these are certain staging (a toad thrown in their bath, shaving foam spread on the face of one of the girls in tears, live snakes near the terrorized girls …) for which the father was accused of mistreating his children. Luckily, after the investigation, the father was not found guilty but their channel “The US chain Toy Freaks” which counted 8.5 million subscribers, had to be closed in November last year.

For instance, there is not yet any legal protection as there is not any requirement for a child to consent to be filmed. It is, until now, up to the parent’s own responsibilities and sensibilities to protect their own children’s privacy.

Financial gains from your kids?

Youtuber families now earn thousands of euros a year from adverts and product placements in their videos. In some families, neither the mom nor the dad need to work traditional full-time jobs. Though it sounds like a nice sentiment, it seems perhaps a little naive when there are financial gains to be made. Without legal protection, there is no guarantee that a child will see a share of these earnings.

Dave and Ashley Crosby, parents of three kids from Claire and the Crosby, claimed that they could not depend the whole family on their Youtube channel earns because the money really belongs to their kids and they will surely keep it for them when they grow up.

Again, it is still up to the parent’s own responsibilities and sensibilities to keep aside the earning from Youtube and to share with them later when they are old enough. All we could do is hoping that the parents would do that.
However, if they don’t, there is actually no legal action forcing them to.

A need for legal protection?

In the United States, there has been quite a few cases of family YouTube channels accused of being the scene of manipulation or even acts of abuse. As it concerned children and money, this topic seemed to cause quite a controversy.

Faced by the parents who stage their children on the Internet beside their will and for money purpose, the Ministry of Labor in France suggested that a legal protection is needed, in response to a written question from a Member of Parliament.

The services of Muriel Panicaud thus judged that the legal framework of this activity, which has become more important in recent years, “needs to be clarified“, precisely to safeguard “the indispensable protection of children” and “respect the rights of the children.”

In France, the Ministry of Labor is trying figure out the mixture between the parental authority and the labor relationship. The first must not be used to hide the latter. Yet the difficulty is to be able to distinguish between what belongs to the true leisure activity and what is a work performance.

Actually, in France, this trend is currently not framed specifically by the Labor Code, precisely because it seemed to be a leisure activity. Nevertheless, the demarcation between these two types of relationship seems to be larger than it seems as it involves children and financial gains. The expertise need to be out there to bring clarity to this phenomenon.

In fact, while YouTube has been around for more than a decade, it still carries an evolution. This evolution, which is transforming non-stop, make it hard for the law to keep up with. The law will have to take some time to see YouTube performances; in order to have some legal regulation in case of any violation in children’s right. In the meantime, YouTube itself also needs to consider regulate its users.

Public debate in the age of social networks