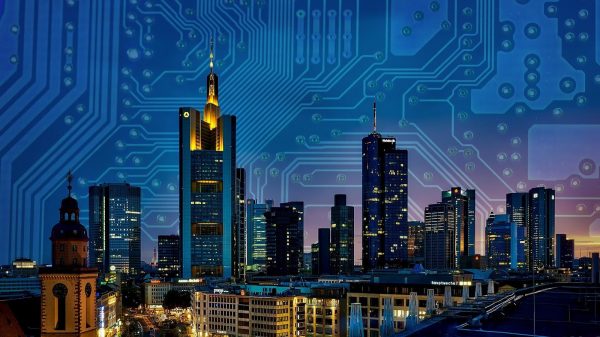 The 14th may of 2020, one of Google’s biggest projects involving $3.9 billion was cancelled.

This project involved many important investors such as Apple, Microsoft etc. The goal here was to create a “Smart City” but Google took things very seriously and probably planned too many ambitious things.

First, it’s important to explain what a Smart city is. According to the tales group, a smart city is : “ a framework, predominantly composed of Information and Communication Technologies (ICT), to develop, deploy, and promote sustainable development practices to address growing urbanization challenges.

What Google tried to achieve and how ?

Few years ago, the company “Side Walks” the subsidiary company of Alphabet (headquarter of Google) planned after a process of 18 months the construction of a district in Toronto near the lake of Ontario. The result of this process is the project “Quayside”.

This project had 3 main goals :

The finished project should have occupied 77 hectares (size of a good farm size) district where approximately 53,000 residents could live, which is exceptional considering they announced 45,000 jobs in that area, which means that 9/10 people could have had a job in their own district.

The apartment prices should have been under the market price to attract as many people as possible, a nice argument to develop that city as fast as possible.

Some ideas of that project were very creative. The buildings would be made out of timber, which is a type of wood, and up to 30 stories tall.

All garbage and deliveries would be handled by robots and they would be using a network of underground tunnels so you won’t even see them on the streets.

Other creative ideas were announced such as driverless cars, heated sidewalks and bike lanes and even building raincoats to protect against the element up to -30°C, so you can enjoy your outside coffee shop in winter for example.

Everything combined, and after a 2 years process ended up in a 1500 pages proposal, but that was probably too much since this project got cancelled.

Why and how did that project fall apart ?

That wonderful project started to be problematic after a few announcements.

First of all, initially, the area meant to be changed into a “Smart City” was 30% smaller. That changed the budget considerably for investors by a lot.

This caused another problem, the deadline that was supposed to be respected was in winter, this year in 2020.

Considering the size of the project, the huge resources that needed to be part of it, and all the conditions they had to respect in order to make it happen lead Real Estate investors to a point where they were hesitant.

That last point is the official reason presented by “Side Walks” as the main problem that cancelled this project : “Unprecedented economic uncertainty around the world and in Toronto’s real-estate market.”

On top of that, “Side Walks” is a recent company and achieving such a project for a brand-new company was one hand high reward, but on the flip side, it was high risk as well.

Everything was setup to make the project a success but “Side Walks” decided to move on and leave after so much work and promises.

This is pure speculation but “Side Walks” admitted that the project wasn’t economically viable for them considering that the size of the smart city was way too small compared to what it used to be.

They indeed needed to make profit but that didn’t seem possible with the agreements they did with “Waterfront”.

That promising project got cancelled but people learnt a lot from it and, Doug Ford, the 26th Premier of Ontario said “ I look at it as, now, an opportunity for other people to do something spectacular on the Toronto waterfront.”