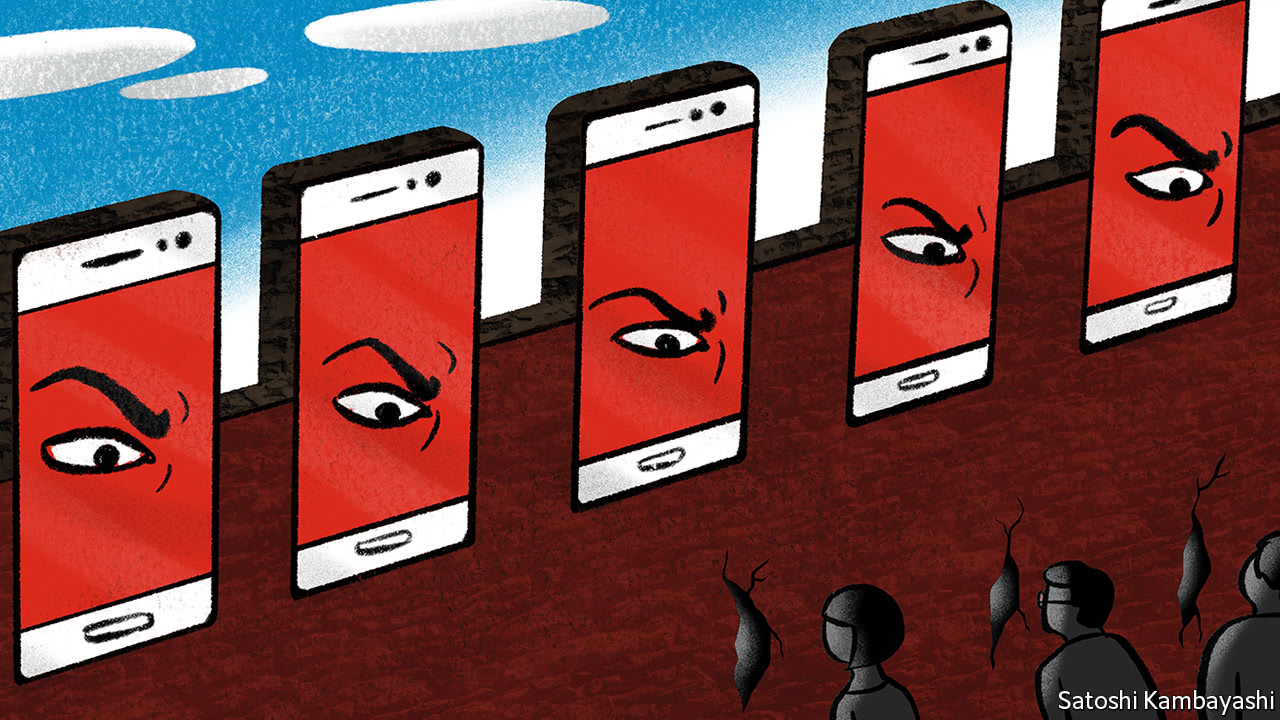 China, in terms of population, is the biggest country in the world today. It is politically based on a one-party system and in order to maintain this system, the country has to limit freedom of speech as much as possible. However, China is not the only country that limits its Internet by blocking western companies like Facebook or Google. There are in fact other countries, mostly dictatorships or theocracies, which block the access to these platforms as well. China however, has the most developed censor-system, called the Great Firewall in reference to the Great Wall of China. It is a combination of technological and legal regulation of the internet in China and it is a part of the “Golden Shield Project” deployed by the Chinese E-government. The Firewall has other effects as well, so by blocking companies from abroad, they are strengthening the development of national companies, for instance.

The first time China became aware of the importance to put filters on free information over telecommunication was in 1989 with the student protests, which ended up in the so-called Tiananmen Square protests massacre. The students organized this protest using fax communication. The Internet is even more powerful because it can give as well information to the users and educate them.

Today, the government employs at least 50,000 people to enforce the censorship, barring websites it disapproves of and forcing search engines to filter out content considered as harmful. There is also an army of social-media influencers who, by estimation, post 500 million pro-government comments a year.

The functioning of the firewall is quite easy to understand. New domains have to be approved of by the government before being accessible on the Chinese Internet. The Great Firewall, just like the Great Wall of China at the time, gives the Chinese government control on the outgoing and incoming virtual information. The firewall is made up of two different software’s, one that filters all blocked websites from the outside of China internet and one that automatically filters suspicious references.

Author James Griffiths, who has spent several years in China, stated that the Great Firewall is the electronic perfection of Jeremy Bentham’s vision for a panopticon: a circular prison with a central guard-tower where, because they thought they might be watched at any time, inmates behaved well. Other critics say that China is online-politics are like “the anaconda in the chandelier: most of the time, it doesn’t move, but the last thing you want to do is provoke it.”

In terms of human rights and more especially freedom of speech, the best example is that if you type “democracy” in a search-engine or an e-mail, the access is simply blocked. In all probability, the main motivation of Chinese government is to limit by those restrictions freedom of speech in order to maintain their political system and to prevent massive protests or revolutions.

The main issue with Chinese law is that the laws are very unclear and therefore law enforcement is very powerful and citizens are in a precarious situation in the face of the law. The Constitution of China neither is enforceable. Even if freedom of speech is guaranteed by constitutional laws, because of the Courts’ limited independence, there is very little space for judges to limit the impact of Chinese regulations that violate those rights expressed in the Constitution.

In terms of international law, the issue is that most of the time it is not enforceable and even when it is, like within the framework of the European Convention on Human Rights, the rules about freedom of speech often allow restrictions for national security, public safety, etc. The international public law is limited by state-sovereignty and thus the international law cannot be dictated to any State, in principle.

Another aspect in international law is that, for a law to be efficient, it has to be connected to a sanction. Otherwise, the non-following of the law will be without any consequence and there will be no reason to respect it. However, because of aforementioned sovereignty, a state has to agree to be bound by a law.

There is somehow a way to circumvent the firewall by using a VPN, a so-called virtual private network that tunnels the connection between the user and the server into which he wants to connect. Although, in March 2019, the Chinese authorities updated the firewall and blacklisted most of the VPN servers in China. However, the cat and mouse game continues. People always find new ways to circumvent restrictions, the first short-term solution after the blacklisting already exists, and it is called ShadowSOCKS.

For those who are curious to find out which websites are blocked in China, the UK-based company Comparitech, a pro-consumer website providing information, tools, and comparisons to help consumers in the US, UK and further afield to research and compare tech services, has provided a tool called “Blockedinchina” which allows to verify if a site is blocked or not in China.