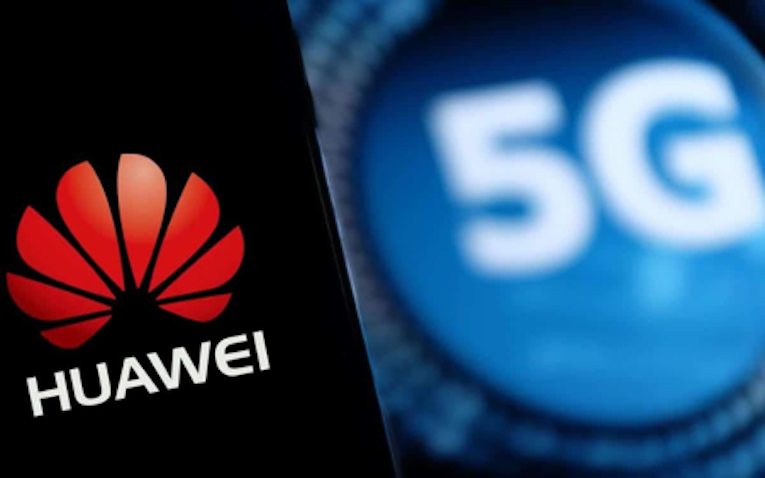 “It is a race, and we will win it”, said Donald Trump. Indeed the world’s giant telecommunication companies are in a global race for the deployment of 5th generation networks.

Currently, Huawei, Ericsson, Nokia, ZTE and Samsung are supplying the market with the networking equipment needed by operators worldwide to put 5G into service.

Starting with the first generation (1G) in 1980’s, roughly each decade, a new generation of mobile communication system has been conceived. Today we are witnessing the deployment of the 5th generation networks, promising download speeds up to 20 times faster than its predecessor (4G) and a latency time divided by 10.

Although, 5th generation networks seem appealing, one must first deploy the equipment that supports it. The origin of this equipment has been a source  of speculation for the past 2 years.

In June 2019, China’s Ministry of Industry and Information Technology (MIIT) granted 5G licenses for commercial use to four telecom operators. Later in September, Chinese telecom supplier Huawei Technologies claims 65 commercial contracts in 5G, half of which in Europe, and has declared to have delivered 400,000 radio antennas.

Ahead of the rollout of that faster internet technology, several countries have warned against using Huawei’s equipment, stating that they might  raise security concerns. They alleged that the company’s products may mightcontain security holes that China’s government could use for illegal intelligence operations.

What led to such speculations?

It all started in 2012 when Huawei was the subject of U.S. investigation, to find out whether their equipment could pose a threat to national security. Huawei was not willing to explain its relationship with the Chinese government. Since then, the United States has started to forbid Huawei from supplying equipment for 5G networks to its government and contractors.

In November 2018, the Wall Street Journal reported that U.S. authorities have contacted their government counterparts where Huawei’s equipment was already in use, and informed them about the emergence of cybersecurity threats, putting more pressure on the Chinese technology giant.

In fact, one of the main cause of speculations in the security of the Chinese equipment, was a controversial law passed by the Chinese government in 2017: “Any organization or citizen in compliance with the law, must support, assist and cooperate with national intelligence, and maintain the secrecy of any intelligence activity of which it is aware”.

These allegations forced Huawei’s founder to speak out to western media, stating that Huawei is willing to sign an agreement with governments employing their equipment, guaranteeing that there will be no illegal use or cybersecurity threat. So far, nothing has been signed.

The Chinese prime minister broke his silence also in March 2019, arguing the Law was not intended to spy on other countries “that’s not the way China does things”.

Since then, the Trump administration has been trying to convince/threat other countries that are considering to use Huawei’s equipment for 5G networks.

At first, the campaign has failed. But today, many countries share the U.S fears about the security threats.

In France, Guillaume Poupard, chief executive of the National Information Systems Security Agency (ANSSI), is in charge of authorizing or not the use of designed equipment for 5G since a law that entered into force in 2019.

“Operators who do not use Huawei, we urge them not to go because that is a bit of a natural sense. Those who already use it, like SFR and Bouygues, we issue authorizations whose duration varies between three to eight years”, explained Poupard to “les Echos”.

The finance minister, Bruno Le Maire, said that France is going to keep Huawei out of the country’s core mobile network, which processed sensitive information such as customers’ personal data. Because of this, the French operator Orange, controlled by the state, has chosen Nokia and Ericsson to build its 5G infrastructure.

Germany has been one of Huawei’s key markets to expand outside China. The deals between Huawei and Germans operators like Vodafone and Deutsche Telekom have helped Huawei turn into the world’s largest supplier of equipment.

Although, it seems that the German government is changing its position towards Huawei: Soon, Angela Merkel’s cabinet is planning to pass an IT security bill that would impose new conditions on telecoms equipment providers. For observers, these conditions will not be surmountable for Huawei.

The bill is not ready yet. But what is clear for everyone, is that the German government will somehow exclude Huawei from participating in to  Germany’s 5G program.

According to Reuters, the British parliament’s defense committee has found clear evidence that telecoms giant Huawei had colluded with the Chinese state and said Britain may need to remove all Huawei equipment earlier than planned.

In Canada, the government signaled that it might not compensate major telecommunications providers if the federal government bans equipment made by Huawei from 5G networks, states Reuters.

In addition, many other countries like Australia, New Zealand, Japan and Italy will not allow Huawei to take part in the 5G building.

The main reason behind the security threat?

Today, if America were to win the 5G race, it would create about 3 million jobs which will add about $ 500 billion to GDP. One would argue, based on the previously stated facts, that the U.S has a hidden agenda through its war on Huawei. If that’s the case, why is the rest of the world following suit, eagerly banning the Chinese tech giant products?